The University of Akron News

The University of Akron (UA) Wayne College Campus is celebrating 50 years of providing higher education opportunities in the Wayne County and surrounding region.

Beginning in early September, two public events will be held to celebrate this milestone. 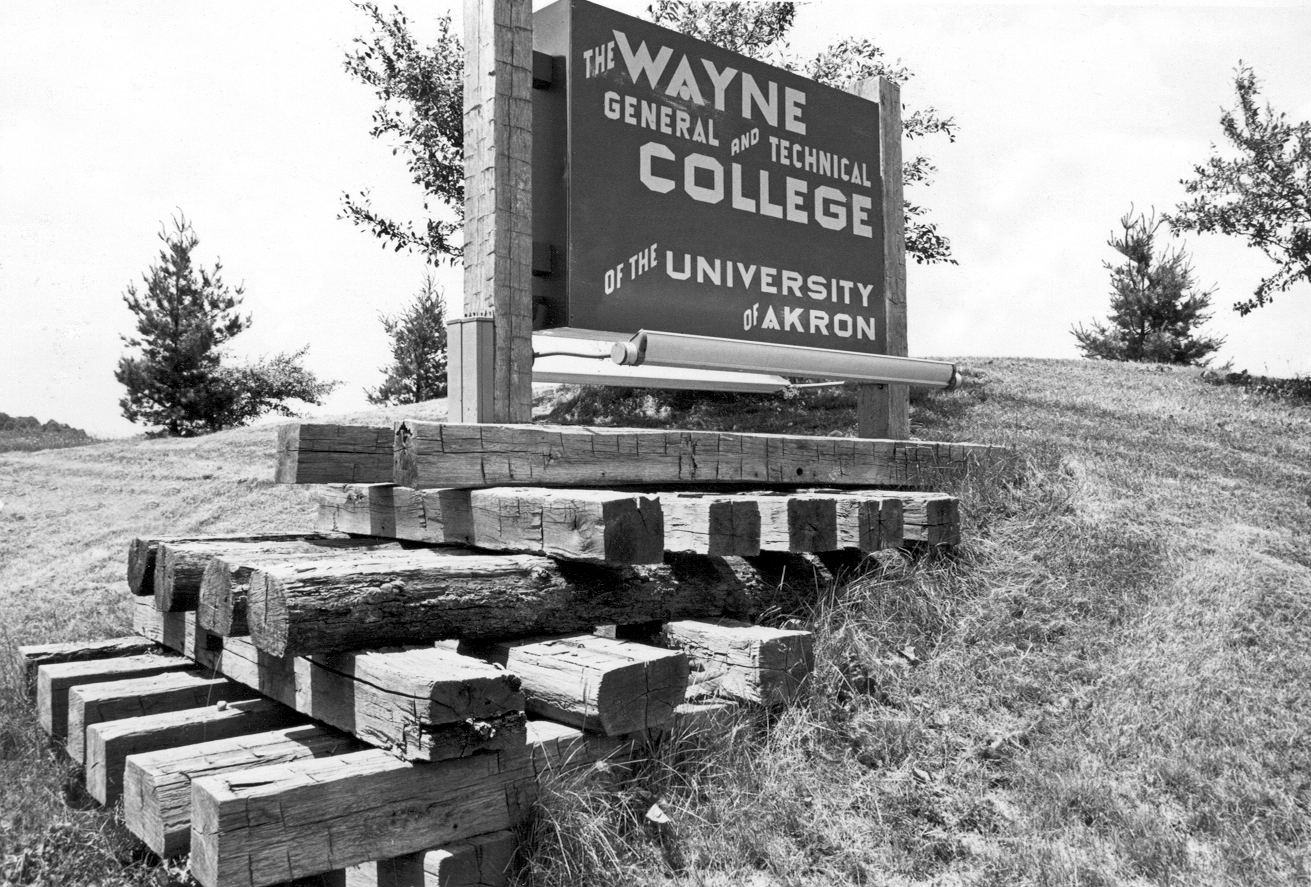 In 1966, thirty-four founding members led an effort to make a college education accessible for people located in the tri-county area – Wayne, Holmes and Medina communities. The Orrville Branch University Committee and Foundation were formed and with guidance from the Ohio Board of Regents focused on building a new academic center near the Orrville area.

The following year, the Orrville University Branch Foundation purchased 160 acres of the Blatter Farm property in the northwest area of the city of Orrville. The Blatter Farm property located at Smucker and North Crown Hill Road included the site of the Bladder Airport and the oldest two-story home in Wayne County the Barnet-Hoover Farmhouse which celebrated its bicentennial in 2018.

In 1970, the founding members voted to give this purchase to The University of Akron. Construction of the Wayne General and Technical College’s Main Classroom Building began on July 15, 1971. A groundbreaking breakfast ceremony was held on July 28, 1971 and was attended by more than 300 citizens from Wayne, Holmes and Medina Counties.

The Wayne General and Technical College officially opened on September 24, 1972. Opening enrollment to the college was 472 and tuition was $190 per quarter for full-time students. In 1989, the John Boyer Gymnasium was completed, adding indoor athletic and physical fitness facilities like a basketball arena with bleacher seating, racquetball and wallyball courts, a weight room and locker rooms. The following year the college was renamed The University of Akron Wayne College.

“As a regional campus of The University of Akron we are thrilled to celebrate our 50th anniversary this fall. It is a wonderful opportunity to honor our history and the people who contributed to this campus which prepares students for the rest of their lives.” said Dr. Heather Howley, director of regional campuses. “Not only do we look to celebrate our past, but also the future as we continue to strengthen our impact within our community for years to come.”

The University of Akron Wayne College Campus continues to honor its history and celebrate its future as an educational and cultural hub for Wayne County and the surrounding region. To learn more, please visit wayne.uakron.edu.