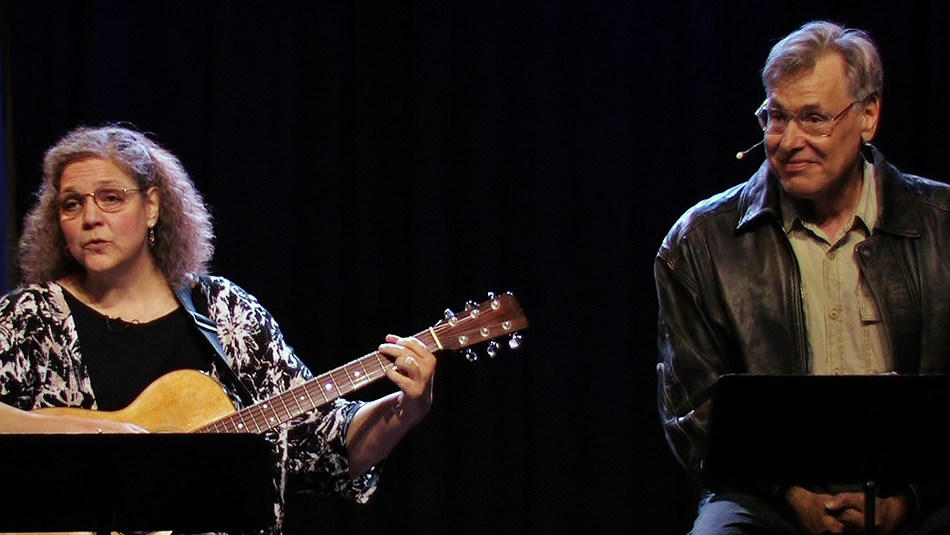 “I had a sudden urge to tell you about my war, World War II — and the subsequent coping — my peace. After 45 years, some of the events are as vivid as ever...There is no fiction in what is to follow. If my memory is in error, the margin is slight. — Dad”

With that July 4, 1989, letter to his three daughters came Lt. Herschel Ponder’s memoir, “Ponder Anew What the Almighty Can Do,” which recounted his life and role in World War II. After the attack on Pearl Harbor in 1941, the Ashville, N.C., native had enlisted in the U.S. Army Air Corps. He would go on to fly 51 missions in P-47 Thunderbolts in Europe as part of the 510th Fighter Squadron of the 405th Fighter Group.

Ponder’s book has become the basis of a play, “My Father’s War,” that is now presented around the country by his daughter, Carol Ponder, and her husband, Robert Kiefer. The duo, performing artists for more than 40 years, will present two free performances of the play. Here's the schedule:

The performances will lead off the events planned as part of UA’s Veterans Day observance. A full schedule of Veterans Day events will be announced later.

The Office of Academic Affairs, Adult Focus, Zips Programming Network and Wayne College are sponsors of the performance.

Learn more about “My Father’s War” online. For information about the performance, contact Laura Conley at 330-972-5793 or lhc1@uakron.edu.