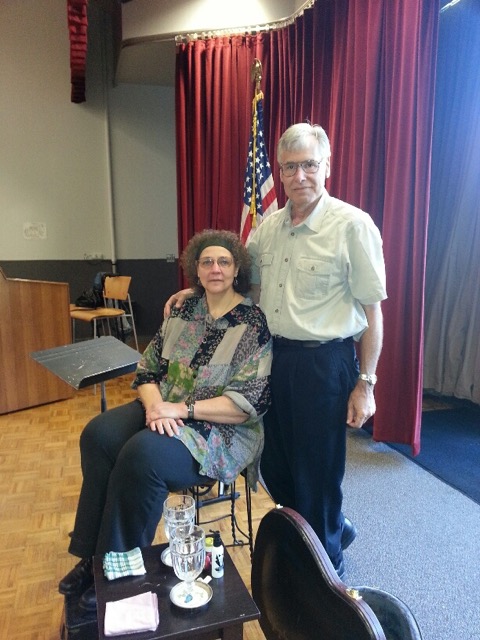 Ponder and Kiefer brought to life My Father’s War in a narrative format with an engaging blend of musical and theatrical performance. Ponder‘s beautiful soprano voice and acoustic guitar fit well with Kiefer’s soothing vocal tone, as he narrated her father’s words. Ponder said, “The most important thing my father taught us is every day is special; a God-given gift, and that we should treat each day as if it were our last, filling it with joy.”

Audience members appeared emotionally moved, with some being too overcome to speak. One audience member said, “This performance helps me relate to what I believe my father experienced. I’ve always wondered what my father went through because he would not talk about it. This performance has given me an idea of what my dad may have gone through.”  Ponder and Kiefer's vision for My Father's War is that veterans and their families will receive healing through the performance.

Veterans Day observances continue at the College on Tues., Nov. 10 at 11 am when area veterans are invited to bring a family member to a free luncheon featuring keynote speaker Major General Daniel A. Hahn, U.S. Army, retired. The military-style ceremony will include a catered meal, music, and a time to remember those who paid the ultimate sacrifice. Seating is limited. Registrations suggested at https://wayne.uakron.edu/webforms/rsvp/veterans.dot or by calling 330-684-8973.