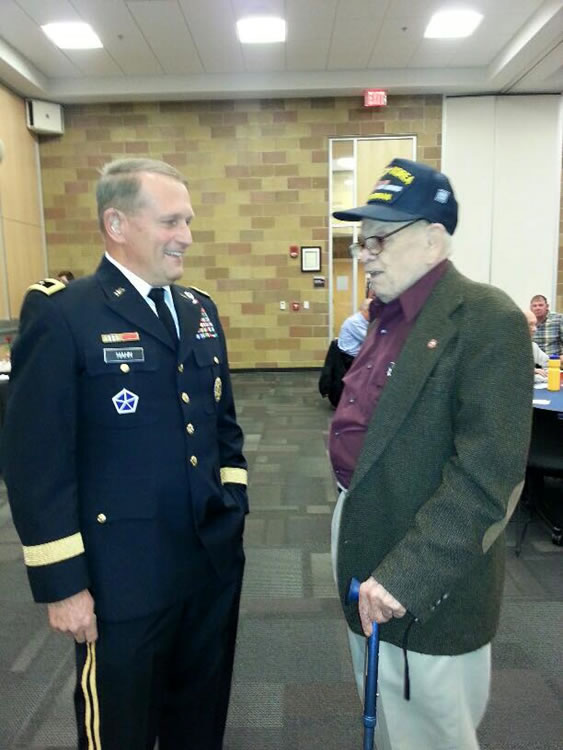 University of Akron Wayne College recently honored student and area veterans at its second annual luncheon and recognition ceremony. The event was free for veterans and a family member with over 100 former and current military members in attendance.

"This is one of our favorite events of the year,"  says Gordon Holly, senior director for Student Life and Enrollment Management at UA Wayne College. "We have earned the designation of being a military-friendly school for several years now because of the degrees and career service counseling we offer that can help veterans find gainful employment when they return to civilian life. We also offer the flexibility active duty members need when they are deployed to give them peace of mind that the credits they've earned will be there when they return home. Our veterans are an important part of our student population and we are honored to bring them together with other area veterans and recognize them for their sacrifice."

UA Wayne is a regional branch of The University of Akron offering general education courses that transfer to most four year colleges and universities. The College also offers certificate programs and associate degrees in numerous areas, as well as bachelor's degrees in organizational supervision and social work that can be earned entirely on the Orrville campus.