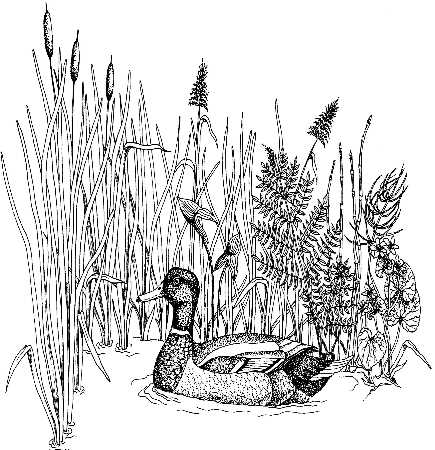 Along with endangered and threatened species, birds of prey, and areas of unique natural beauty, wetlands came under the protection of the federal government during the 1980s. The reasons for this are simple; wetlands are unique and special areas and their destruction means the destruction of a number of important natural resources. These resources include rare plants and animals; breeding grounds for fish, amphibians and waterfowl; and tracts of land integral to the control of floods and the natural purification of water in the water cycle.

To be able to control wetland areas, the federal government needed to create a legal definition for wetlands and to place that control under a particular division of government. The controlling body is the Army Corps of Engineers, under whose jurisdiction is both the delineation and management of areas defined as wetland. Other modifications that happen near or in water such as dredging, filling, flood control and draining already fall under the jurisdiction of the Army Corps.

The delineation of jurisdictional wetlands relies on three criteria. These criteria have changed in recent years, and may do so in the future, so the following description is general. The first criterion is the presence of a particular ground water regime, or wetland hydrology. For an area to be declared a wetland, it must be covered or saturated with water for a significant time during the growing season. Secondly, a hydric soil criterion must be met. Because of prolonged water logging, soils in wetlands are deprived of oxygen. As a result of this, wetland soils may be bluish-grey (gleyed), they may be mottled or have a patchy coloration, or may even be covered with a layer of unrotted organic material (histic epipedon). Lastly, a wetland area must fit the hydrophytic vegetation criterion. This criterion demands that a significant portion of the vegetation be made up of plants that are likely to be found growing in a wetland environment. A publication places the plants that grow in North America into categories of their likelihood of being found in a wetland. If all of these criteria are met in an area, it is a jurisdictional wetland, and permits from the Army Corps must be obtained before it is altered in a fashion that would affect its wetland character.

Generally, sites under an acre are exempt from permitting. The existence of larger wetland sites, however, may either stop a particular construction project or require specialized techniques of construction to reduce damage to the natural ecosystem. The marshy area of the Nature Trail is a jurisdictional wetland. It is inundated or saturated virtually throughout the growing season, the soil is both mottled and gleyed, and wetland vegetation abounds. The brass plaques on the railing of the observation deck include drawings to identify wetland species observable from this deck.