The Barnets
In 1818, most of the 160 acres where The University of Akron Wayne College campus now stands was filled with towering oak trees. Joseph Stibbs had purchased the land from President James Monroe that year for $1 an acre. Four months later, he sold it to William Barnet, who built a two-story log house - the first log house in Green Township, as the area was then named.

The Hoovers
The Barnet family lived there until 1832, when the land was purchased by Peter Lash, who owned the property for a year then sold it to John Hoover for $1,900. Only 15 acres of the land was cleared for farming, and Hoover built an addition to the log farmhouse to accommodate his growing family.

The Bishop Family
The farm stayed in the Hoover family, passing from John to Henry to his daughter and her husband, Mary and William Fike, in 1893. The Fikes raised their four children on the farm. In 1928, the Fikes began renting the farm to Theodore and Lelah Bishop who raised their eight children there. The Bishops lived on the farm from 1928 through the Great Depression, the Roosevelt Administration, and WWII. Many of Theodore and Lelah's grandchildren and great-grandchildren have attended Wayne College, the first was Sally Lorson Markley, daughter of LaVonne (Bunny) Bishop Lorson, who began her studies in 1973,Wayne's second year of operation. In 1947, the Fike children decided to sell the land and offered it to Theodore Bishop at a price of $17,500. He had in hand his life savings of $17,000, and as much as he wanted the farm, the image of so many losing so much during the Depression was burned so deeply into his brain that he couldn't bring himself to borrow the other $500 and risk losing it all. The farm was sold instead to Maynard Blatter from Medina.

Blatter Field Airstrip built
After his 1947 purchase, Maynard Blatter put in the airstrip and created Blatter's Field. In 1970 the Orrville Campus Foundation purchased the land and donated it to The University of Akron for the establishment of a college in this community. Wayne College opened its doors in September of 1972. The University of Akron now uses the runway for police training procedures.

As it stands today
The farmhouse was inhabited by bees, opossums, and an occasional fox or skunk until 2002, when the design phase of the adaptive reuse project began. ThenDesign Architecture, Ltd. from Willoughby was chosen as a partner for this project due to its commitment to protecting historically significant structures. Honoring the historical value of the Barnet-Hoover Farmhouse was as important as creating a comfortable public assembly space. The project thus looks both back in the past and forward to the future.

In August 2004, Franklin & Associates, an award-winning design/build firm from Akron, was selected to lead the construction phase of the farmhouse project. This firm was chosen due to its experience with projects that focus on retaining the historical character and uniqueness of a structure while also addressing today's needs for access, comfort and technology. The farmhouse can now be used for small academic classes, seminars, corporate retreats, executive meetings, continuing education courses and community events.

Special thanks to Leslie Baus for the information taken from her article "Little House on the Campus" in the Spring 1997 issue of Akron Magazine. 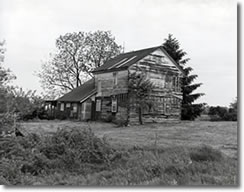 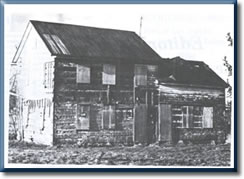